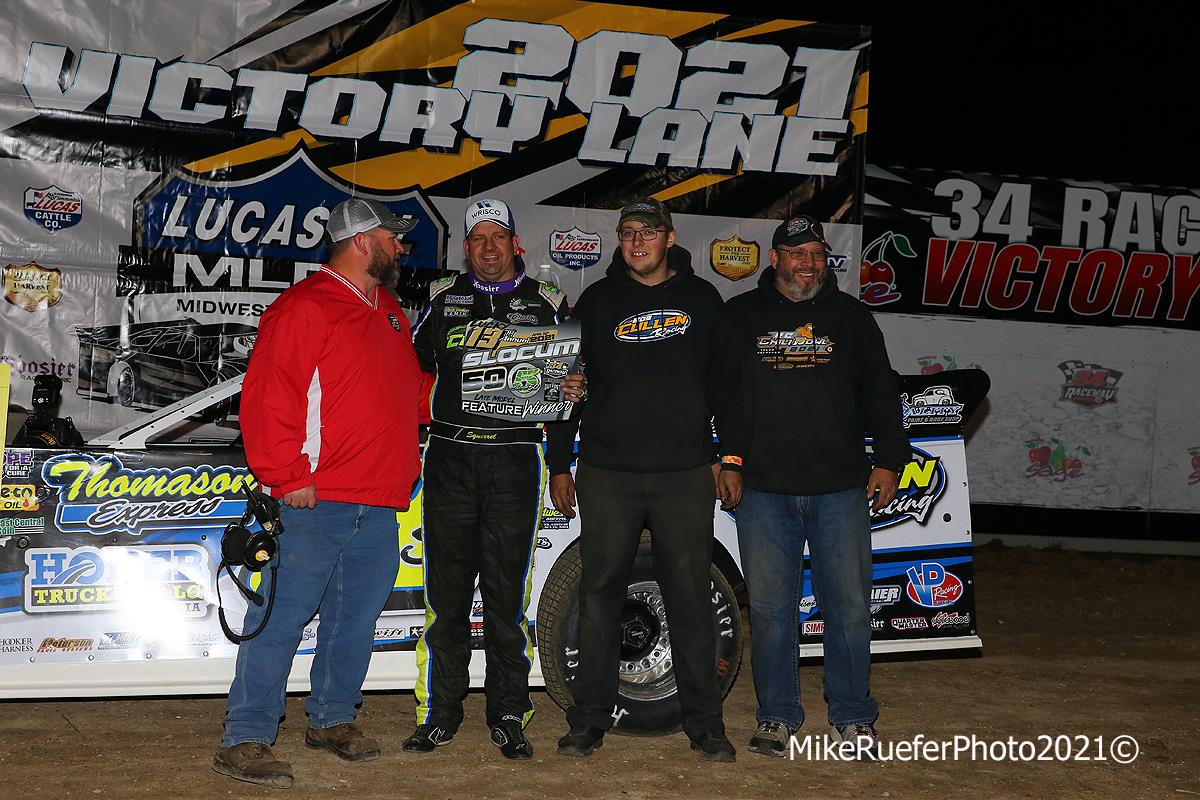 Shirley Wins Prelim to the Slocum

By Billy Rock (West Burlington, IA) -- Brian Shirley put together a night of perfection on Friday night at the 34 Raceway to top a field of 41 Lucas Oil MLRA Late Models. Shirley’s victory was his second all-time with the MLRA series and makes him a favorite to win Saturday nights $10,555 “Slocum 50”. (Mike Ruefer image)

Shirley, who came into the night on the heels of a strong third place run on Thursday night at the Davenport Speedway, started his night by collecting the Illini Racing & Supply Fast Time Award with his 14.981 second lap. He followed that up with a heat race win that positioned him on the DirtonDirt.com Pole position alongside of Billy Moyer Sr.

At the drop of the green Shirley quickly positioned himself into the top spot over Moyer and Ryan Gustin. The first StopTech Brakes caution of the race waved on lap 13 as Sunoco Race Fuels Rookie Jake Timm came to a rest at the bottom of turn one and two. On the ensuing restart it was more of the same, with Shirley pulling away from Moyer and a charging Bobby Pierce.

By lap 27 the leaders had worked into lapped traffic allowing Moyer to begin closing the gap at the front, until the caution waved for the second time for a spin between 8th and 9th running Mason Oberkramer and Dennis Erb Jr. It would only be one more lap before the yellow waved yet again, but a strong re-start allowed Pierce to moved ahead of Moyer to be able to restart second behind the leader Shirley.

Business would pick back up following the restart with Pierce trying to hustle the top line to find a way around Shirley. Gustin would follow Pierce’s lead as the duo wagged a fierce back and forth battle on the top line in the closing laps. On the 35th lap Pierce slide in front of Gustin exciting turn four, making contact with the Reaper who had a run on the top line, resulting in Gustin rolling his XR1 Rocket. Gustin was able to walk away from the incident and is expected to return for Saturday nights finale.

With the green back in the air for the final five laps, Shirley would cruise to a 1.361 second victory over Pierce and Moyer. “I felt like my car was pretty good and I felt comfortable in it, so I just needed to make sure I hit my marks and I felt like I could bring it home,” said Shirley of the final five lap dash. Tony Jackson Jr. finished fourth while Frank Heckenast Jr. completed the top five. Jackson moves back to the Midwest Sheet Metal point led by only five markers over Moyer and Ashton Winger who finished in 7th.

34 Raceway MLRA Podium: Billy Moyer Sr. 3rd, Brian Shirley 1st, Bobby Pierce 2nd.
?Photo Credit: Lloyd Collins, FastTrack Photos.
Shirley continued in Cedar Creek Beef Jerky Victory Lane, “this place hasn’t been really good to me, so to show up here tonight and unload pretty fast, I just can’t thank Aaron (Mitchell) enough, he has put in a lot of work. Unfortunately mother nature has been hard on everybody this year and these guys here at 34 did the best they could and luckily the race track just had a little character, but all in all they will work on it and get it ready for tomorrow.”

Following his runner up finish, Pierce commented in saying, “it was a good race up until that point (contact with Gustin). I don’t really know what was going on there, I think the corner is so flat that he basically really just didn’t see me coming up because the left fronts in the air.”

Saturday night will put a wrap on the MLRA’s week long season opener, when drivers try to chase down the biggest win of the weekend with the running of the “Slocum 50” at 34 Raceway. Bobby Pierce has scored the last two and will be looking to collect his 5th all-time in the 13th annual running of the event, which honors the life of late model racer Brent Slocum. 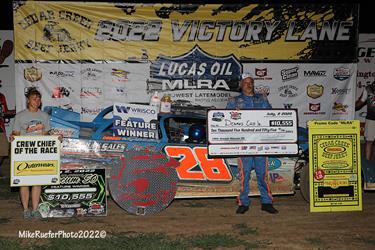 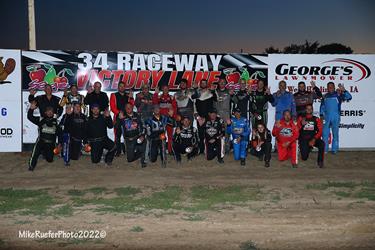 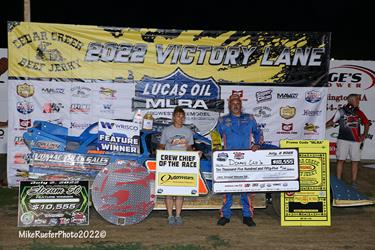 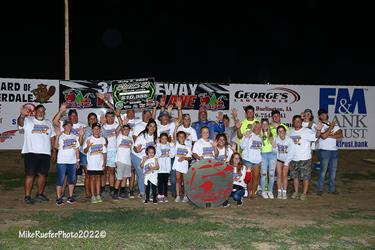 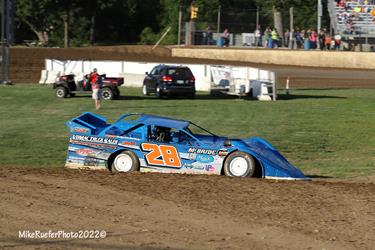 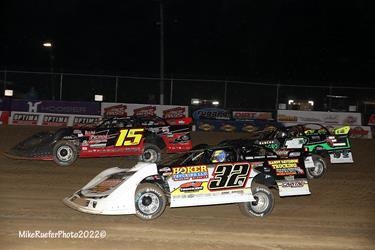